Feet is the foundation of the body. Without correcting the basis, it is futile to struggle with the problems of the bodies of the "overlying floors"

. In ancient times, the expression is known: "If your feet are sore, you are all sick."However, if the problem is localized outside the plantar zone, we rarely think of the foot as a possible source of it. You can regularly scrape off calluses, corns, in various ways to fight cellulite, vascular "stars" and varicose veins, but these and other similar defects will come back again and again. All this is a fight against consequences, which sometimes have one underlying cause - violations of the normal anatomy and function of the foot, or simply - flat-footed in its obvious or hidden form.

There are several risk factors for the development of foot pathologies and deformations of the human musculoskeletal system. Here are the main ones:

Overload: a sharp change in physical activity, a prolonged stay in a vertical position, a significant increase in body weight, etc.

Hereditary predisposition: excessive flexibility of the body( general hypermobility syndrome) leads to instability of the joints, deformities of the lower extremities, in particular the feet.

Civilization costs: in the process of evolution, the human foot has acquired a unique vaulted shape, which allows to optimally transfer the load of the maximum permissible body weight. We owe much to the benefits of civilization, but everything has a "downside".Instead of stepping on elastic-viscous natural surfaces, like our ancestors, a modern man walks along smooth and rigid artificial covers. When walking barefoot, the natural soil( sand, pebbles, turf, etc.) fills the anatomical grooves of the feet. This provides support for the spring function and at the same time gives a certain stability to the foot at the moment of support. On the contrary, on a smooth and hard coating, most of the sole is devoid of natural support of the soil. There are overloads. In the multi-year competition "parquet( concrete, asphalt, etc.) - stop" the latter gradually loses and "surrenders", flattened and deformed.

How does flatfoot begin?

Changes do not appear in one day. Many go to this years. Fundamentals of functional failure of the feet, as a rule, are laid in childhood and adolescence and follow the person all his life. Like the bends of the spinal column, the arches of the foot begin to form with the beginning of the erection. Only by 7-9 years they acquire the outlines, characteristic for an adult. Their final design is completed by the age of 16-18.However, the habitat leaves its imprint on the course of natural development processes. Researchers from India have shown that the frequency of occurrence of flat feet in urban dwellers who regularly wore shoes in childhood is three times more likely than people who have spent "barefoot" childhood in the village. Apparently, the lack of adequate motor activity in childhood and adolescence also affects negatively. In recent decades, hypodynamia has spread to ever younger segments of the population. There are growing generations of "computer" boys and girls who prefer to play in nature for hours sitting hunched over a computer or watching TV.As a result - on school medical examinations, the diagnosis is heard more often: " flat-foot ".

What is the threat of flat feet?

Posture disorders .The joints are affected by additional, transversely directed forces, which leads to excessive loading and as a result of premature wear, osteoarthritis and arthrosis of the joints. Violated the smoothness of the gait, over the years there is limp.

The ugly "bones" on the large toe of the foot , disfiguring the leg and restricting walking, begin with outwardly harmless reddening and swelling on the inner surface of the joint between the foot and the thumb. The operation, in spite of the fact that it removes the built-up edge, does not at all return the former ease of gait, but rather the reverse.

Back pain and fracture of intervertebral discs. More than 80% of problems with the back( dysfunctions, according to osteopathic terminology), have roots firmly associated with the pathology of the feet. It is here that the secret of the unsuccessful treatment of many types of pain in the lower back, neck, head is hidden. Problem stops are one of the most common causes of pain recurrence( relapse) some time after the treatment course.

From the point of view of neurology, the foot is a powerful receptor field. Deformations of the feet lead to a distortion of the incoming nerve impulses and "neurological disorganization", imbalance and coordination. Muscular imbalance leads to the emergence of painful "trigger points".

Negative effect on the cardiovascular system:

With flatfoot, the mechanism of the venous pump of the gastrocnemius muscles does not work well, which leads to stagnation of blood in the lower limbs and promotes the formation of varicose veins. The more stagnation of blood in the lower limbs.the worse the cardiovascular system as a whole. This also leads to chronic tissue hypoxia, edema, trophic disorders, foot and shin ulcers. Especially often listed symptoms are observed in the elderly and diabetics. If you have signs of progressive flatfoot , you should, first of all, correctly correct the flaws of the feet with an orthopedic insoles insole. Flat shoe insole does not protect the foot from overloads. Not too change the situation and serial liners, insole.

In women, flat feet are found 10 times more often than in men. All because of the same predilection for high heels! First, the shape of the foot changes, then the bumps on the legs, pain in the foot, swelling and rapid fatigue may appear. The development of the disease leads to constant pain and the inability to walk normally even for short distances.

Features of human anatomy are such that flat-soled shoes are also not useful for us, as it prevents the natural roll of the foot when walking.

A small heel serves as a spring, making life easier for long-suffering legs. The key word here is "small".2-3 centimeters, a maximum, 4. Anything higher than 5, orthopedists are already classified as "harmful."

High-heeled shoes are worn by both low women and those who are "from 170 and up".In pursuit of beauty, many lose their health. What is the threat of a high heel?

How can one sit on two chairs: to save health and pay tribute to modern ideas of beauty?

What threatens the flat feet?

by spinal column obstruction, knee problems, thickening of the foot and appearance of bony growths on it, displacement of the center of gravity of the body, as a result of disturbance of the biomechanics of the movement.but so-and-nothing.not deadly.

Deferred from the army

in the army will still be taken

As a result of flat feet complications develop, mainly on the side of the vessels. ..Varicose veins and other dirty things. ..In addition, rapid fatigue, deformation of the ankle joint bag. ..In a word - wear an artopedic shoe with a supinator, and everything will be okay. ..You need a doctor ORTHOPEDIC, the surgeon must send him. ...Good luck:)

The reason for flat feet is often the lack of sports skills, excess weight, etc.
Flattening leads to the fact that when walking the foot does not spring like a shock absorber, but it hits the ground. This blow is transmitted to the ankle joint, then to the knee, then the hip and from it to the spine. In severe flatfoot, all these joints suffer, and, consequently, the entire skeleton.
Orthopedic shoes, of course, can help, but it will not solve the problem. If a person suffering from flat feet is young enough, then he needs training. You need to master the technique of correct( springy) gait and train your legs. This can in many ways vstanovanit correctness of the arch of the foot, and at the same time and get rid of many other problems.
Good luck.

What in the future threatens ploschostopie? What problems can arise?


Slight flatfoot, as a rule, does not interfere with ordinary life
But flat feet of medium and heavy weight affects the entire body very much
With a strong degree of flatfoot and with heavy loads on the legs, unfortunately, legs often hurt, and even the head
Because with flatfoot sharply decreases amortization and there is a strong overload of the spinal cord and brain
With flat feet, the spine suffers.
It's harder for women to have a healthy child
often begin to grow on the feet of the so-called "bones"
Read, please, answer
read what you are probably waiting for! Http: //otvet.mail.ru/question/73610578/ http: //otvet.mail.ru/question/63121079/ http: //otvet.mail.ru/question/ 72882751
There is exhaustively told with what wild pains a man-the author
And in the answer how to treat

The army will not take)))
The foot, the arch of which, like a spring, softens the bumps and jolts when walking, serves as a shock absorber. That is, protects our body from unnecessary shaking. If the muscles of the arch are weak, the foot is flattened and the full effect of the spring is no longer obtained. This, in fact, is the main problem of flatfoot. As a result, the load on the shin, hip and pelvic bones increases. It gets to the spine and even the brain - people with severe flat feet often suffer from migraines. Immediately stipulate that you can make flat feet at any age. In the risk group, admirers of a passive lifestyle, lovers of high pins and platforms, people with excess weight. The role of the professions can also play a role. For example, sellers and hairdressers who literally stand all day on their feet, the chances of earning foot deformities are much greater than those of journalists or, for example, drivers. Terrible pain in the legs, various deformities of the foot, bumps, bones, calluses, corns. The problem is pick up shoes.

Flat feet: symptoms and treatment, longitudinal, transverse 1, 2, 3 degrees, orthopedic insole with flat feet |Orthopedics Flattening is the deformation of the foot and its arch. In the overwhe... 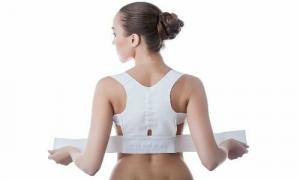 What causes curvature of the spine and flat feetFlat Footedness

The more dangerous the flat feet of childrenFlat Footedness

Med - View Articles platypodia, children, exercise therapy, exercises Flattening is a deformation of the foot, which is characterized by a flattening of its arch. Even a slight deviation fro...