Article of Dr. Evdokimenko © for the book "Pain and numbness in the hands", published in 2004.Edited in 2011.All rights reserved.

Most often pain in the fingers of the hand cause:

For example, two diseases immediately stand out from the general list - carpal tunnel syndrome and Raynaud's syndrome, they always flow with the numbness of the hands of

. Therefore, if the pain in the fingers is combined with your numbness, read the article on carpal tunnel syndrome and Raynaud's syndrome.

If you have pain in your fingers, but there is no obvious numbness in your hands, you can safely turn off carpal tunnel syndrome and Raynaud's syndrome from the list under consideration. The remaining diseases of the fingers are so characteristic that it is not difficult to distinguish one disease from another. And below I will tell you about these characteristic symptoms. You can only carefully read and compare your feelings with my descriptions. So:

Polyostoarthrosis of the fingers, "knobby fingers"

For polyointearthrosis of the fingers is characteristic the emergence of special nodules( the so-called nodules Geberden ) on the back or side surfaces of those joints that are closer to the nails. Geberden's nodules most often develop symmetrically, that is, on the right and left hands simultaneously and in the same places. At the same time they can be formed on any fingers of the hands, from large to small fingers.

In addition to Heberden's nodules, polyostoarthrosis produces painful nodules on those joints that are located approximately in the middle of the fingers( proximal interphalangeal joints).These are Bushar's knots. They are spindle-shaped, develop very slowly and with a rare exception they almost do not hurt.

Rheumatoid arthritis - approximately 5-7% of all cases of pain in the fingers of the hands. People of any age are ill, but more often those who are over thirty. Women are sick about 5 times more often than men. The disease develops, usually after severe stress or after a flu, severe colds, infections or hypothermia.

Inflammation of the fingers and wrist joints with rheumatoid arthritis is symmetrical, ie, if the joints on the right arm are affected, then almost the same joints on the left hand are affected. The majority of those who suffer from the pain are often involved in other joints of the fingers and toes, as well as large joints - knee, elbow, ankle, etc.

For rheumatoid arthritis, the most typical inflammatory rhythm is pain: joint pains intensify in the second half of the night, in the morning. Day and night pains usually weaken somewhat.

Very often listed symptoms are accompanied in rheumatoid patients with a feeling of weakness, fever, slimming and chills, i.e., the disease often leads to a general deterioration in the person's health.

Psoriatic arthritis - less than 5% of all cases of pain in the fingers of the hands. The disease affects people most often in the age of 20-50 years. In most cases( but not always) the disease develops in people who already have skin psoriasis manifestations - dry flaking reddish spots on the body or on the scalp( psoriatic plaques).

To defeat the fingers in psoriatic arthritis is characterized by the so-called "axial inflammation, when on any finger all of its joints swell at once. The finger at the same time turns red and looks like a sausage. A similar pathology is called - "sausage-like" finger.

In psoriatic arthritis, axial inflammation can occur in any finger. But notice that with this disease, the inflammation of the fingers on the right and left hands is often asymmetrical, that is, as a rule, the fingers on one hand are affected;and sometimes at once on two hands, but then on one hand are inflamed one fingers and joints, and on the second hand - absolutely others.

Gout , or gouty arthritis-less than 5% of all cases of pain in the fingers.

People call gout deformity of the big toe, which usually develops in women. But in fact it is not gout, but arthrosis of the big toe. But the "classic", a real gout( gouty arthritis) often happens in men. Women suffer from gout several times less often.

And although the real gout is really often( but not always) begins with long-suffering big toes, it can hit any joints, both on the hands and on the legs.

Inflammation of the joints with gout occurs in the form of attacks. In most cases, a gouty attack happens quite unexpectedly: it usually starts on a background of complete health, most often at night. Pain in the joints with a gouty attack is often very acute: according to the patients' stories, "she wants to climb against the wall".The affected joint blushes with such an attack, the skin above it becomes bright red or crimson and hot to the touch.

Although in some patients, especially in women, seizures flow milder, without redness of the joint and without such acute pain. But in any case, the attack with gout arises unexpectedly and lasts from 3 to 10 days;then he suddenly passes away, as if nothing had happened. However, after a while, the attack also repeats again suddenly.

Here is a paroxysmal course of the disease and is the hallmark of gouty arthritis.

Tenosynovitis de Kerwena can occur at any age in both men and women. Characteristic symptoms: pain at the base of the thumb and under it, where the thumb touches the wrist joint.

Risartrose - approximately 5% of all cases of pain in the fingers of the hands. Risartrose affects the joint located at the base of the thumb and connects the thumb of the thumb with the radiating joint.

Usually, rizartrose is one of the manifestations of polyostearthrosis of the fingers, and then the diagnosis is not difficult. But in about 20-30% of cases, rizartroz arises as an independent disease, usually in people who are constantly heavily loaded or once extremely overloaded the thumb. In this case, it may be difficult to distinguish between rizartroz and tenosynovitis de Kerven, since the symptoms of these diseases coincide by almost 90%.

For more information on rizartrose, see the chapter on polyostoarthrosis of the fingers.

All articles of Dr. Evdokimenko

The nail of an index finger on the right arm hurts How to be?

ASH4ADD It's better to go to the hospital, if there is not enough infection. Hedgehog

Physical manifestations
Fingers are moving parts of brushes: they can perform many different movements with great accuracy. Under the problems with the fingers, we will understand pain, loss of flexibility and perimeter.
Emotional causes of
Since fingers provide the accuracy of our actions, the problem with one or more fingers indicates that the person's striving for accuracy does not have a reasonable basis. This does not mean that he should not pay attention to details;rather, he should do it somewhat differently. Problems can occur when a person breaks his fingers( worries, worries), beats himself on his fingers( reproaches himself for an act), or blames himself for not having moved a finger( reproaches himself for laziness and indifference).Each finger has its own monodaosomatic significance.
THE GREATER FINGER.This is the main finger, since it controls the other four fingers. He represents the conscious and responsible part of our personality. The thumb helps us push, promote. Problems with this finger indicate that a person wants to push someone, promote and is too worried about trifles. Perhaps this person feels that someone is promoting or pushing him or that he is pushing himself or someone to realize some idea, to make some decision.
INDICATIVE FINGER.This finger represents strength of character and determination. With the help of this finger, we indicate, give orders, threaten or explain our words. The index finger represents power. Problems with this finger may indicate that a person is too often indicated by someone who has power over him.
MIDDLE GRASS.This finger is associated with limitations and inner life. The middle finger is also associated with sexuality, so problems with it suggest that a person strives for excellence in this field and shows excessive sensitivity and sensitivity.
THE UNKNOWN FINGER.This finger very rarely acts separately from the other fingers. He represents the ideal of marital relations and dependence on another person in the process of achieving this ideal. Trouble with this finger indicates dissatisfaction, grief in intimate life. A person who hurts a ring finger is prone to bias, and it hurts him.
MUSINESS.The little finger represents mobility of mind and sociability. The ease with which he departs from the other fingers speaks of his independence and natural curiosity. He is also connected with intuition( "I sucked it out of my little finger").A person who has a pinky hurts reacts very sharply to what other people think about him. He does not dare to assert his independence and use his own intuition - precisely because he is too thirsty to be not like everyone else. This finger can hurt a person who blames himself for not even stirring his little finger( that is, he did not intervene in something, did not make the slightest effort).
If it happened with a finger FOLD, see also the corresponding DESCRIPTION.
Mental causes of
Generally speaking, all the problems with the fingers indicate that you should not be distracted by details that at the moment are not of particular importance or do not concern you at all. Your desire for excellence is not always justified. It is very good that you are able to notice small things, but you should strive for excellence only at the level of your personality: what you decide to do or have should help you to be in harmony with yourself and the world.
Spiritual causes and elimination
In order to understand the spiritual causes that interfere with the satisfaction of the important need of your sincere Self, ask yourself the questions given in the material of monadotherapy. Answers to these questions will allow you, not only to more accurately determine the true cause of your physical problem, but also to eliminate it.

The forefinger of the left arm hurts

no longer bite it in the dark places

Probably hit)
ask at the pharmacy ointment, it can help)
and if not to the doctor)

Measure the pressure.not funny. I do not frighten, but a friend just had a pinkie for a day. I got an ambulance. The diagnosis is cardiac insufficiency. At 27 years old.

The index finger on the left arm is very painful, but not always. ..

if the panaritium is urgent for the surgeon

Strangely enough, but this is a symptom of a beginning gout, if one never hurts a finger( there may be a microcrack, with a heavy load, there is pain) 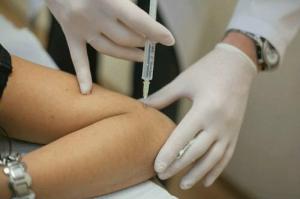 Pain in the elbow joint treatment with folk remediesCauses Of Pain

How to treat pain in the elbow joint Our life is a constant movement. The ability to move freely to us primarily provides joints. In the human body, there are about 360 joints of various types ... 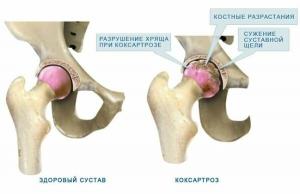 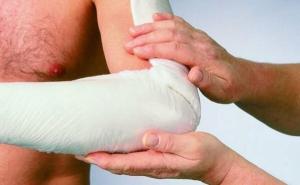 Why does the arm in the elbow joint hurt?Causes Of Pain

Causes and treatment of pain in the elbow joint It is almost impossible to meet a person who at least once in a lifetime would not have contracted an elbow. The causes of the appearance of such...