With rheumatism the heart valve is more often affected

Rheumatism is an inflammatory infectious and allergic systemic lesion of connective tissue of various localization, mainly of the heart and blood vessels. A typical rheumatic fever is characterized by an increase in body temperature, multiple symmetrical arthralgia of a volatile nature, polyarthritis. In the future, ring-shaped erythema, rheumatic nodules, rheumatic chorea, rheumatic carditis with damage to the heart valves can be attached. Of the laboratory criteria for rheumatism, the most important are positive CRP, an increase in the titer of streptococcal antibodies. In the treatment of rheumatism, NSAIDs, corticosteroid hormones, immunosuppressants are used. 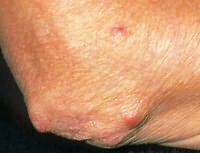 Rheumatism( synonyms: rheumatic fever, Sokolsky-Buyo disease) occurs chronically, with a tendency to relapse, exacerbations occur in the spring and autumn. The share of rheumatic heart and vascular lesions account for up to 80% of acquired heart defects. In the rheumatic process, joints, serous membranes, skin, and the central nervous system are often involved. The incidence of rheumatism rises from 0.3% to 3%.Rheumatism usually develops in childhood and adolescence( 7-15 years);children of preschool age and adults get sick much less often;3 times more often rheumatism affects the female.

Causes and mechanism of development of rheumatism

In response to the introduction of β-hemolytic streptococcus in the body, anti-streptococcal antibodies( anti-streptolysin-O, antistreptogyaluronidase, antistreptokinase, antidexoxyribonuclease B) are produced, which together with streptococcal antigens and components of the complement system form immune complexes. Circulating in the blood, they are carried throughout the body and settle in tissues and organs, mainly localized in the cardiovascular system. In the localization of immune complexes, the process of aseptic autoimmune inflammation of connective tissue develops. Streptococcus antigens have pronounced cardiotoxic properties, which leads to the formation of autoantibodies to the myocardium, which further aggravate inflammation. With repeated infection, cooling, stressful effects, the pathological reaction is fixed, contributing to the recurring progressive course of rheumatism.

In the early, reversible stage of mucoid swelling, swelling, swelling and cleavage of collagen fibers develops. If at this stage the lesions are not eliminated, irreversible fibrinoid changes occur, characterized by fibrinoid necrosis of collagen fibers and cellular elements. In the granulomatous stage of the rheumatic process around the necrosis zones, specific rheumatic granulomas are formed. The final stage of sclerosis is the outcome of granulomatous inflammation.

The duration of each stage of the rheumatic process is 1 to 2 months, and the entire cycle - about six months. Relapses of rheumatism promote the occurrence of repeated tissue lesions in the area of ​​already existing scars. The defeat of the tissue of the heart valves with the outcome of sclerosis leads to deformation of the valves, their fusion with each other and is the most common cause of acquired heart defects, and repeated rheumatic attacks only exacerbate destructive changes.

The clinical classification of rheumatism is made taking into account the following characteristics:

In the active phase, three degrees are distinguished: I - minimal activity, II-activity moderate, III - activity high. In the absence of clinical and laboratory signs of the activity of rheumatism, they speak of its inactive phase.

In acute course rheumatism attacks suddenly, proceeds with a sharp severity of symptoms, is characterized by polysyndromy of the lesion and a high degree of activity of the process, rapid and effective treatment.

The protracted variant proceeds with a long, more than half a year's rheumatic attack, with sluggish dynamics, monosyndromic manifestation and low activity of the process.

The latent flow is characterized by the lack of clinical and laboratory and instrumental data, rheumatism is diagnosed retrospectively, according to the already formed heart disease.

Continuously recurrent variant of development of rheumatism is characterized by a wave-like, with bright exacerbations and incomplete remission of course, polysinomicity of manifestations and rapidly progressive lesion of internal organs.

Symptoms of rheumatism are extremely polymorphic and depend on the degree of acuity and activity of the process, as well as the involvement of various organs in the process.

A typical clinic of rheumatism has a direct connection with a streptococcal infection( tonsillitis, scarlet fever, pharyngitis) and develops 1-2 weeks after it. The disease begins with acute subfebrile temperature( 38-39 ° C), weakness, fatigue, headaches, sweating. One of the early manifestations of rheumatism is arthralgia - pain in the middle or large joints( ankle, knee, elbow, shoulder, wrist).With rheumatism arthralgia is multiple, symmetrical and volatile( pain disappears in some and appears in other joints) character. There is swelling, puffiness, local redness and fever, a sharp restriction of movements of the affected joints. The course of rheumatic polyarthritis is usually benign: after a few days the acuteness of the phenomena subsides, the joints do not deform, although moderate soreness can persist for a long time.

After 1-3 weeks, rheumatic carditis joins: pain in the heart, palpitations, interruptions, shortness of breath;asthenic syndrome( malaise, lethargy, fatigue).The defeat of the heart for rheumatism is noted in 70-85% of patients.

In rheumatic heart disease, all or individual membranes of the heart become inflamed. More often there is a simultaneous lesion of the endocardium and myocardium( endomyocarditis), sometimes with pericardial involvement( pancarditis), possibly the development of isolated myocardial damage( myocarditis).In all cases with rheumatism, the myocardium is involved in the pathological process.

In rheumatism, the central nervous system can be affected, the so-called rheumatic or minor chorea serves as a specific sign: hyperkinesis appears - involuntary jerking of muscle groups, emotional and muscle weakness.

The defeat of the kidneys, abdominal cavity, lungs and other organs occurs in severe rheumatism, very rarely at the present time. Rheumatic lung injury occurs in the form of rheumatic pneumonia or pleurisy( dry or exudative).With rheumatic damage of the kidneys in urine, erythrocytes, protein are determined, a jade clinic arises. The defeat of the abdominal cavity in rheumatism is characterized by the development of abdominal syndrome: abdominal pain, vomiting, abdominal tension.

Repeated rheumatic attacks develop under the influence of hypothermia, infections, physical overstrain and occur with a predominance of symptoms of heart damage.

The development of complications of rheumatism is predetermined by the severity, protracted and continuously recurring nature of the course. In the active phase of rheumatism, circulatory insufficiency and atrial fibrillation may develop.

Objective diagnostic criteria for rheumatism are developed by the WHO( 1988), large and small manifestations, as well as confirmation of a previous streptococcal infection. Great manifestations( criteria) of rheumatism include polyarthritis, carditis, chorea, subcutaneous nodules and annular erythema.

Evidence supporting the previous streptococcal infection is an increase in the levels of streptococcal antibodies( anti-streptolysin, antistreptokinase, anti-hyaluronuridase), bacussis from the throat of β-hemolytic streptococcus group A, recent scarlet fever.

The diagnostic rule states that the presence of 2 large or 1 large and 2 small criteria and evidence of a transferred streptococcal infection confirm rheumatism.

Additionally, the radiograph of the lungs determines the increase in the heart and a decrease in the contractility of the myocardium, a change in the cardiac shadow. By ultrasound of the heart( Echocardiography), signs of acquired defects are revealed.

The use of penicillin antibiotics in the treatment of rheumatism is of an auxiliary nature and is indicated in the presence of an infectious focus or obvious signs of streptococcal infection.

In the remission phase, resort treatment is provided in the sanatoriums of Kislovodsk or the Southern coast of Crimea. In the future, to prevent recurrence of rheumatism in the autumn-spring period, a monthly preventive course of NSAIDs is carried out.

Timely treatment of rheumatism virtually eliminates the immediate threat to life. The severity of the prognosis for rheumatism is determined by the defeat of the heart( the presence and severity of the defect, the degree of myocardiosclerosis).The most unfavorable from a prognostic point of view is the continuously progressing course of rheumatic heart disease.

The risk of formation of heart defects increases with the early occurrence of rheumatism in children, late-onset treatment. In primary rheumatic attacks in patients over 25 years of age, the course is more favorable, valve changes usually do not develop.

Measures of primary prevention of rheumatism include the detection and rehabilitation of streptococcal infection, hardening, improvement of social, household, hygienic living and working conditions. Prevention of recurrence of rheumatism( secondary prevention) is carried out in conditions of dispensary control and includes prophylactic intake of anti-inflammatory and antimicrobial drugs in the autumn-spring period.

Rheumatism of the heart 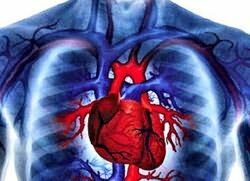 Rheumatism of the heart is a serious chronic disease in which the inflammatory process, which began as a result of infection of the joints, covers the membranes of the heart and entails disorganization of the connective tissue of the heart.

Causes of rheumatism of the heart

There are several reasons for the development of this disease:

Some people have a predisposition of the body in the form of hyperreaction to streptococcal infection, which not only causes rheumatic fever, but also causes its exacerbations. There is the concept of "family" rheumatism of the heart, which is caused by a prolonged stay in the streptococcal environment and unfavorable living conditions, as well as the inherited polygenic predisposition to the disease.

Symptoms of rheumatism of the heart appear, as a rule, 1 to 2 weeks after a streptococcal infection. However, in some cases, the disease can take a long time to be practically not noticeable for the patient, progressing at a slow pace.

The most common manifestations of the disease include:

Special attention is paid to such a symptom for rheumatism, as pain in the heart. These pains, as a rule, are pulling, pricking and often combined with rapid heart rate.

If the treatment is not started on time, it can lead to heart disease or articular deformities. Heart disease is a defect in the structure of the heart, leading to a malfunction of its normal functioning. Rheumatic heart defects often develop with repeated rheumatic attacks.

The most common rheumatism of the heart affects the mitral valve - the narrowing of the lumen occurs, or the valve starts to flow the blood in the wrong direction. The aortic and other valvular defects are less common.

It should be borne in mind that heart defects can not give symptoms for a long time and are detected only with thorough diagnosis.

Rheumatism of the heart requires comprehensive treatment in a hospital environment, the main principles of which are: 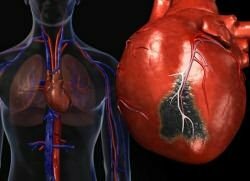 Traditional medicine suggests the use of medicinal plants for the treatment of this disease. Here are a few recipes: 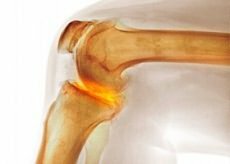 Exudative synovitis of the knee jointDiseases Of The Joints 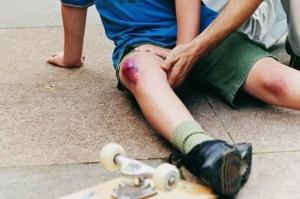 Synovitis of the elbow jointDiseases Of The Joints

How to quickly defeat the synovitis of the elbow joint The human elbow joint includes a capsule lined with a membrane called synovial. The envelope takes a direct part in the exchange of artic... 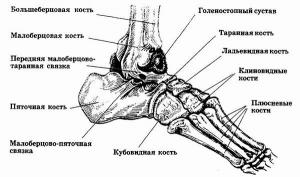 Synovitis of the jointDiseases Of The Joints