Movalis is one of the most effective anti-inflammatory and analgesic drugs with minimal side effect and mild effect. It is a non-steroid drug and is used to treat long-lasting and severe diseases of the joints and spine.

Non-steroidal anti-inflammatory drugs are taken by patients suffering from infectious allergic diseases of the joints and spine, which most often occur throughout life. Such patients suffer greatly from pain and are forced to take painkillers all their lives.

According to reviews of patients with these problems, Movalis was the most suitable drug for long-term use. It is well tolerated by patients, has the property of being in the body after taking a long time, in connection with which it is possible to receive it once.

Application of the drug Movalis

An important statement, according to many consumers, is the manufacturer's statement that Movalis does not have a negative effect on cartilage tissue, i.e.is chondoneutral. This is important for such diseases of the spine and joints, as arthrosis and osteochondrosis, which are accompanied by pain and characterized by changes in the exchange character. In addition, there are examples of how with the help of Movalis, pains of different origins - headache, dental, menstrual, were taken to reduce body temperature.

Feedback on the action of

The annotation for Movalis contains a significant list of possible side effects, but in the responses of many consumers there are no examples of any side effects. Practitioners and patients who regularly take Movalis to alleviate their suffering believe that, in spite of the manufacturer's cautious warnings, contraindications and side effects, in the vast majority of cases the drug is well tolerated and its analgesic and anti-inflammatory effect is clearly expressed.

Rectal drug is prescribed for several days of treatment, taking into account the risk of local symptoms of toxicity. Further treatment continues with Movalis tablets.

At an increased risk of adverse reactions, the initial treatment dose should be 7.5 mg / day. For patients with severe renal failure, not more than 7.5 mg / day.

The recommended maximum daily dose is 0.25 mg / kg body weight, but not more than 15 mg.

The tablet should be taken with food, not chewed, washed down with water or any other liquid.

For combined use of tablets and suppositories, the total daily dose should not exceed 15 mg.

The length of the course of treatment depends on the effectiveness of the therapy and the nature of the disease.

The drug is administered intramuscularly for the first few days of treatment. Next, use its oral form. The daily recommended dose of Movalis is 7.5 mg or 15 mg / day, which depends on the severity of the inflammation and the intensity of pain.

In combined use, the daily total dose of Mawalisa( in the form of tablets, oral suspension and solution for injection) is not higher than 15 mg.

The length of the course of treatment depends on the effectiveness of the therapy and the nature of the disease.

Blood - anemia;changes in the blood formula, thrombocytopenia, and leukopenia.

THE MOST INTERESTING NEWS

Injections for osteochondrosis of the cervical, lumbar and thoracic

Basics of treatment of the disease

Serious thinning of vertebral disks that consist of cartilage, as well as severe damage to nerve fibers emerging from the spinal cord, is considered the basis for the appearance of a strongpain. For this reason, such injections with osteochondrosis, like Diprospan, Milgamma, Movalis, Dexamethasone, are used quite often. This is based on the fact that everyone knows that the injection method of administering drugs gives the opportunity to achieve a much faster healing effect and provide an anesthetic factors.

It is recommended that the treatment of this disease be strictly integrated. When treating the house, you can use ointments and pills, as well as engage in special physical exercises. When the disease worsens, the treatment process should be performed in a stationary setting, where Diprospan, Milgamma, Movalis, Dexamethasone are usually prescribed. Regardless of where the treatment is conducted, specialists prescribe the use of injections. Each of the drugs administered has its own properties, composition and area, which is affected.

The main types of pricking with the disease

Drugs used for the blockade of

All modern medicines that are used as treatment for this disease can be administered by several methods:

The last method of administration to the body of drugs is called blockade. For such pain relief, painkillers such as Novocaine and Lidocaine are often used. They completely block the conduct of nerve impulses to a particular affected nerve, completely stopping the pain syndrome and conducting a minor treatment.

IMPORTANT TO KNOW!Doctors recommend! When back pain is needed. .. Read on - & gt;

This technique is widely used if there is a strong and intolerable pain, as well as in the presence of an allergic reaction. It is necessary to understand that such medicines as Ketoropak, Ketoprofen, Diprospan, Milgamma, Movalis, Dexamethasone can not be used for this purpose, since they will not have the proper effect.

A person who receives this blockade as an aid should clearly understand that it is aimed strictly at eliminating the pain, the disease itself does not heal.

All intramuscular and intravenous injections used in the process of osteochondrosis can be divided into four main groups:

The category of preparations is determined and appointed by a qualified specialist. He decides what medicines to prescribe: Diprospan, Milgamma, Movalis or Dexamethasone. This is the only way to achieve a positive result in the treatment process.

The main features of anti-inflammatory drugs

Injections for osteochondrosis are used in this disease almost always. Such drugs as Diprospan, Milgamma, Movalis, Dexamethasone, seriously reduce the overall inflammatory phenomenon in the outbreak, thereby significantly reducing their severity.

The essence of the action of these drugs is based on the blocking of a special enzyme that promotes the synthesis of prostaglandins responsible for severe pain syndrome, which is usually present in the focus of inflammation. It should be noted that with their normal action, leukotrienes are formed, which usually take part in the allergic response of the body. With non-steroidal preparations, their synthesis is seriously increased, because they are not prescribed to those who suffer from allergies, as this causes a certain deterioration in the general condition.

It is due to the likely occurrence of an allergic reaction, the solution of such an issue, which injections do and which drugs to use in the treatment of the disease, should be entrusted exclusively to professionals who are based on the presence of concomitant diseases.

To effectively eliminate muscle spasms, specialists prescribe injections of special muscle relaxants. They are able to provide the necessary effect, and within a couple of minutes after their introduction. This is especially evident when Alflutope is introduced in osteochondrosis.

These medications are prescribed and administered only if a person is treated in a hospital where there is a thorough supervision by a specialist. This is based on the fact that muscle relaxants are characterized by a large number of side effects, which are quite dangerous for human health.

Injections of chondroprotectors are usually used at the earliest stage of osteochondrosis. Their active substances stop the rapid development of the disease, as it contributes to the effective recovery of the affected cartilage. The minimum treatment time is three months.

Vitamin injections in case of

disease Vitamins, which belong to the PP and B group, help to treat osteochondrosis. The latter are usually administered subcutaneously. These drugs are very helpful in restoring the membrane of previously damaged nerve fibers. Nicotinic acid with exacerbation of osteochondrosis, that is, vitamin PP, significantly improves the process of blood supply in the painful focus. Similar drugs can be administered and intramuscularly.

The modern medical industry is engaged in the production of various combined preparations, which in one ampoule contain several vitamins. The most famous and effective among them are such drugs as Milgamma, Kombilipen. As the reviews say, the effect is achieved very quickly. Intramuscularly, such anti-inflammatory agents are usually administered that contribute to the complete restoration of the cartilaginous tissue present in the intervertebral discs. Often, these drugs are prescribed and used in the form of tablets or capsules.

Due to prolonged exposure to serious medications, reviews have shown that gastritis and gastric ulcer can develop. This is based on the fact that the blockade is usually carried out in the submucosal part of the stomach. Therefore, quite often, a strong aggravation of all existing chronic diseases of this organ is provoked. Often they become aggravated in the process of taking Diclofenac for osteochondrosis.

You can not think that the use of these drugs in the form of injections can be harmless. Immediately after inserting them under the skin or into a vein, they are absorbed into the blood and already reach the stomach through the vessels, where they carry out their "work".It is for this reason that the frequency of occurrence of gastritis and exacerbation of ulcers with all types of treatment, except for tablets, is quite high. It is mandatory to carry out preventive measures, that is, to take medications such as omeprazole or pantoprazole.

In addition to gastric diseases, there is a risk of edema on the legs, as well as increased pressure. If the severity of such symptoms, drugs are canceled and prescribed by others. Side effects are much less, but the analgesic effect is less pronounced.

When answering a question about what injections are made with such a disease as osteochondrosis, it can be noted that such medications are often prescribed that restore the cerebral circulation, which is very important for cervical osteochondrosis, in which the brain nutrition is known to be disturbed.

Based on what has been said above, it can be concluded that the use of injectable drugs, like treatment, makes it possible to achieve a positive effect more quickly.

movalis, we usually appoint those who have osteochondrosis combined with gastritis or ulcers.
If it is not, it is better to piroxicam the capsule in the morning and evening.
Economy class - Orthophene 2 tabs 3 times a day after meals.

Tibetan complex An eye of rebirth, author Peter Kelder.buy a book or download in the internet.http: //bestiarius.hobby.ru/library/ oko.htm link to book

I was assigned, but it did not help. Only I spent the money.

Mowalis has a pronounced n / inflammatory effect, but he takes off pain badly, that's why he is prescribed mainly rheumatics. In osteochondrosis, it also suits, because the pain is associated with swelling and edema of the intervertebral discs 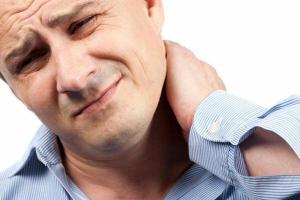 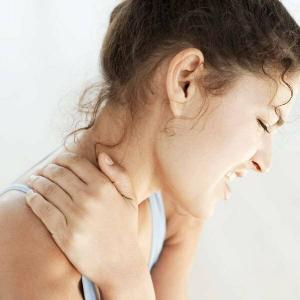 Preparations for the treatment of cervical osteochondrosis The neck is the most mobile part of the spine. Vertebrae and joints there wear out the fastest, withstand daily heavy loads, thousands... 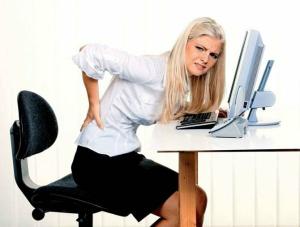