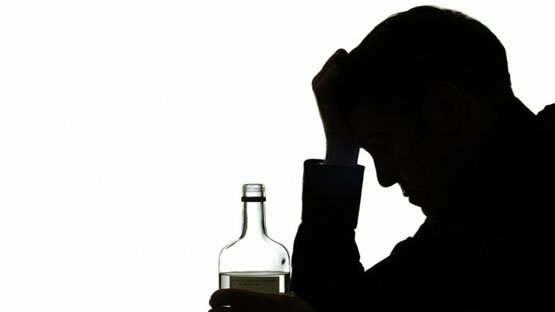 In the conversation about the age-old evil - drunkenness and alcohol dependence it is necessary to understand the correct meaning of narcological concepts, important for understanding the problem. Let's try to briefly tell about the obvious, from the point of view of narcology.

Resistance is a condition in which a person does not drink alcohol at all. Drinking is any form of drinking, from the most insignificant, to the heavy.

Episodic without desire, under pressure .Practically - trezvennichestvo. The frequency of drinking is not more often 2-3 times a year, absolutely without hunting, under the persuasion of others. Such people can drink a weak drink( wine) in an amount rarely exceeding 100-150 grams.

Episodic .It is about accidentally drinking faces. Frequency from 1 time in 2-3 months, up to 1-3 times a month, without regularity. In this case, a person tries to limit alcohol with a small dose( 100-150 grams of vodka, or up to 0.3-0.5 liters of wine).This form of use gives only a slight degree of intoxication.

Situational .The variant that in everyday life corresponds to the concept of "moderate" use, "cultural": 1-4 times a month, not more than 300 ml in recalculation for vodka. From the narcological point of view, this kind of drunkenness - the beginning of abuse, with the formation of primary traction."Cultural" drinking in most cases very quickly passes into the following form.

Systematic( habitual, malicious) .The multiplicity of the intake of ethyl alcohol products is growing. On average, a person drinks 1-2 times a week for 200-300 ml of vodka. Sometimes, even up to 500 ml. Preferring strong alcohol. Developed attraction, which is increasingly manifested in periods of forced abstinence against a background of bad mood.

During this period, the vomiting reflex is suppressed, as a response to poisoning. The dose necessary to get the expected euphoria increases. Some habitual drunkards can already drink up to 1 liter of vodka per day. If at this stage the drinker does not stop, then he develops a disease, get rid of which, and it is already impossible to return to "cultural drinking".There is only one way left - total sobriety.

Chronic alcoholism is a disease with a pronounced predilection for alcoholic beverages, with the formation of a drinking psychic craving and physical dependence, with progressive degeneration, damage to the brain and internal organs.

Alcoholism proceeds in stages in the form of stages:

The need for taking alcohol-based products becomes so high that the patient can not withstand it for a long time( mental traction).The periods of abstinence are getting shorter. The amount of alcohol consumed increases to 0.5-0.75 liters.- 1-3 times a week. Sometimes in smaller doses, but more often. The gag reflex is lost.

Against the background of massive alcoholization there are "palimpsests" - temporary memorable failures. The patient loses quantitative control, with a partially preserved situational control. Man knowing that he can drink a lot and lose self-management, tries to avoid drinking in places where his censure is possible. In the behavior there is a deceit, self-praise, rudeness( degradation).The stage lasts up to 5-6 years.

Psychic addiction is joined by the physical. There are binges( cases of drunkenness for several days, or even weeks, with light intervals between them).Developing abstinence, which is determined by a complex of severe psychophysical disorders, after sobering up. The hangover is eliminated only by taking a dose of alcohol. The patient can drink from 0.5 liters to 3 liters of strong alcohol and more. Degradation is growing.

The person becomes limited, unbridled, hamovity, etc. To the loss of quantitative is added the loss of situational control. The alcoholic begins to drink everywhere, losing social control over himself. Abuse of alcohol products takes a variety of forms, always malignant. The stage lasts up to 10-12 years, in the final phase often ending with psychoses requiring urgent treatment.

The patient develops depletion of all the reserve capacities of the body. For intoxication, a small amount of alcohol is required, after which the patient loses all kinds of self-control. Patients drink almost all the time, sobering only because of the inability to find another "portion".Outwardly they look dirty, older than their age, with a lot of chronic heart diseases, liver, kidneys, nervous system disorders( polyneuropathy).The degradation of the personality reaches its maximum. Up to this stage, only about 30% of alcoholics survive.

Alcoholism is a serious illness, the treatment of alcoholism is very difficult, especially in the final stages. 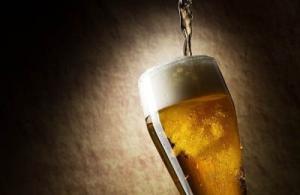 Myths that beer is usefulAlcohol

Scientifically proven that beer is not an inoffensive drink. Like any other alcoholic beverage, it has a very strong destructive effect on the entire body. Now even the term "beer heart... 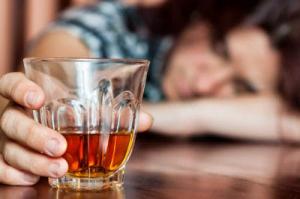 Alcoholism is a disease or debauchery?Alcohol 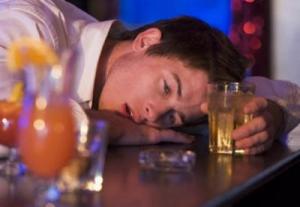 Currently, the use of alcoholic beverages has long become familiar in everyone's life. Every year, the statistics of people who drink alcohol, gaining momentum. Only in the last 3 years the...