According to the ICD 10 coding system, gout refers to diseases of grade 13 "Diseases of the musculoskeletal system and connective tissue".They are classified as inflammatory polyarthropathies.

Very often, patients who are interested in information on their disease face the reference to the ICD.Trying to understand what the figures that go along with the diagnosis of gout can mean. ICD is an international, that is, unified for all countries, classification of existing diseases. This is a professional systematization, created for internal use in the world health system. With its help, the collection and regulation of statistical data on morbidity and mortality rates are taken into account, taking into account the time periods, are analyzed and formatted into formats convenient for long-term storage, allowing to quickly and fully extract the required information. This allows you to make code composed of letters and numbers.

The international classification is irreplaceable in:

At the moment, the ICD 10 is relevant, that is, its tenth revision or revision. The Ministry of Health of Russia actively participated in its creation.

As already mentioned, gout in all its manifestations belongs to the thirteenth qualifying class and is denoted by the M 10 letters and a figure indicating its variety.

Gout in the general sense is the deposition of crystalline urates in the tissues of the joints, that is, a violation of purine metabolism.

According to the ICD 10, gout is classified according to clinical forms:

A patient suffering from this disease simply needs to know the ICD 10 and the classification code of his diagnosis. The system is designed for internal use in healthcare, and all the additional information necessary for the correct diagnosis, timely treatment, possible complications, is available to the attending physician. With him you can consult on all issues of application of methods of alternative medicine and folk remedies.

What is common between gout and arthritis

Science considers gout to be one of the most dangerous chronic forms of arthritis, which is extremely difficult to confront. Gouty arthritis in ICD 10( International Classification of Diseases) is regarded as a separate disease that has its own etiology and distinctive features. 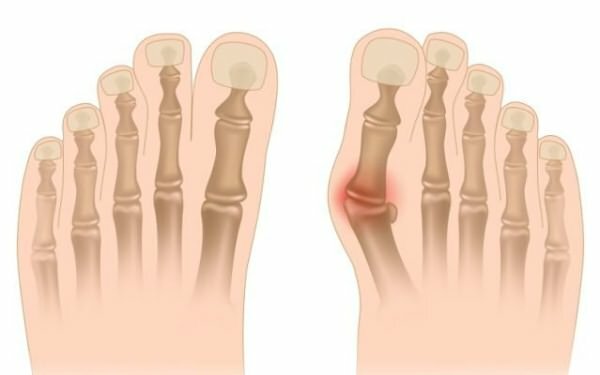 The affected joint is deformed and very sore

Many believe that gout and arthritis are purely senile ailments, but this is not true. Of course, with age in each organism the mechanism of changes in bone, articular, cartilaginous tissues, blood vessels, functioning of vital organs is triggered. Gout, like most arthritis, is insidious in that it starts out imperceptibly.


The ailments are different

Destructive changes in joints at first do not make themselves felt. There is even such a term: "asymptomatic course of the disease."It must be remembered that gout, arthritis, arthrosis are inherited. If a person in the family has someone with these ailments, it is necessary to take all possible measures to prevent the disease from getting fertile soil for its development.

In gout and arthritis, the mechanism of occurrence is largely general, although ICD 10 has different codes assigned to them. Diseases differ in stages of their development, but the reason they have one is the wrong metabolism. Salts of uric acid, like herself, are in the human body constantly, but as soon as their number exceeds the norm, problems begin.

Describing how to treat this ailment, the great Hippocrates pointed to its root causes. Even in antiquity it was revealed that gout develops due to malnutrition. Abuse of salty, fatty, sharp, smoked products leads to disruption of water-salt metabolism, excess of uric acid and imbalance of the body. Gouty arthrosis also often occurs for this reason.

The disease often affects the lower limbs. If there is a suspicion of gouty arthritis, treatment is prescribed only after confirmation of the diagnosis. The fact that the symptoms of the disease resemble the symptoms of other joint diseases, a full list of which is presented in the ICD 10.

In gouty arthrosis, gout-like symptoms and clinical picture of diseases. Sometimes this ailment is mistaken for bursitis. Gouty arthrosis affects mostly women, whereas gout is considered a male disease. But the etiology indicates that this is not the same disease.

Gouty arthrosis makes itself felt by the pains in the affected joints. It can develop in the knee and ankle joints. The main cause of pain symptoms and destructive changes in joints with gout is the presence of inflammation. Gouty arthritis, despite a similar symptomatology to arthrosis, does not begin because of inflammatory, but because of degenerative processes in the body. Both these ailments often develop in parallel with other joint diseases. A crunch in the joints and deformation of the joint tissue is an inalienable sign of both diseases. 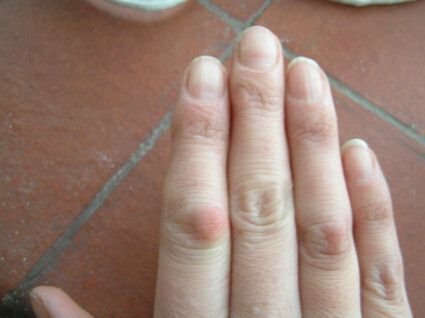 Tofusi - inflamed cones in the area of ​​the affected joint

A number of medications used to treat gouty arthrosis, are used to combat gout. First of all, this concerns pain medications and medicines, which restore the tissues of the joints.


Features of treatment of diseases

There is no acute disease in this classification. But a number of leading world health experts believe that ICD 10 should include an acute form of gouty arthritis. The disease can develop in the upper and lower limbs. In the elderly, as a rule, feet suffer. The acute nature of the disease doctors explain the decrease in immunity, the presence of joint injuries and associated gout of chronic ailments. Foot gout is one of the most common causes of disability in older people.

ICD 10 lists a number of diseases that are symptomatic of gout. Precisely to make the diagnosis it is possible only after a roentgenogram and delivery of analyzes of a blood on presence in it of a uric acid and its salts. If the treatment of the disease is not started in time, limb immobility will occur very quickly. Acute gouty arthritis is a chronic form of the disease. Painful attacks are a constant companion of gout. The joints of the foot swell, inflame, the skin around them blushes.

In the human body, everything is interconnected. With gout foot, there is a general deterioration in the person's well-being, the temperature rises, symptoms of intoxication manifest themselves. When acute gouty arthritis develops, seizures become longer, pain symptoms increase and the mobility of the foot is lost almost completely.

Gout, arthritis is characterized by irreversible changes in the joint tissue. For the rescue of foot use painkillers, anti-inflammatory and restorative tissue joints drugs. When conservative treatment methods and diet for gout, the observance of which is mandatory, can not stop the destruction of joints, the operation is prescribed.

The gout has the opportunity to treat the disease not only in medical institutions, but also at home. Improving the condition of the foot is promoted by warming and anti-inflammatory compresses. Official medicine does not deny the usefulness of the use of folk remedies, but indicates the obligation of consulting with medical specialists. With gout, arthritis, arthrosis and other joint diseases, uncontrolled self-medication is unacceptable.

In the fight against gout helps to reduce weight, but fasting is contraindicated. The diet should be adjusted very carefully. During an exacerbation, any physical activity can adversely affect the condition of the foot, so the load must be reduced.


Diet as an effective method of therapy

For gout, arthritis, arthrosis, alcohol, fatty, spicy, salty foods are unacceptable. Any violation of the diet can trigger a worsening of the patient's condition. Diet for gout involves the use of a large number of vegetables and fruits, among which must be: 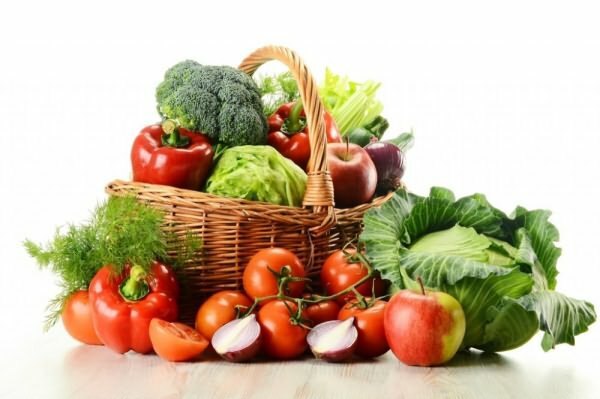 When gouty arthritis specialists recommend to exclude from the diet of the patient spices, sweet and flour.

A special role in the treatment of an illness is played by porridge. As shown by numerous medical studies, whole grains help strengthen the body's immune system. Diet for gout and arthritis is based on the use of a large amount of liquid. A patient should drink at least 2-2.5 liters per day.

To drink is best green tea, juices, mineral alkaline water. But if the patient has kidney disease, the increase in the amount of fluid consumed must be agreed with the doctor.

Note • This group covers arthropathies caused by microbiological agents • The distinction is made according to the following types of etiological association: a) direct infection of the joint, in which microorganism is an invasiveby synovial tissue and in the joint also been observed microbial antigens;b) indirect infection, which can be of two types: "reactive arthropathy", when the microbial infection of the organism is established, but neither microorganisms nor antigens are detected in the joint;and "postinfection arthropathy", in which the microbial antigen is present, but the body's recovery is inconclusive and there is no evidence of local multiplication of the micro organism. 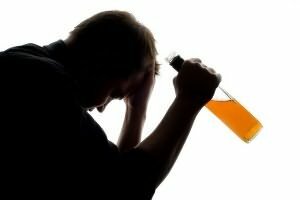 How can I remove an acute attack of gout? Gout as a disease has been known for a long time. For the first time such a diagnosis was put by the ancient Greek doctor Hippocrates long before the b... 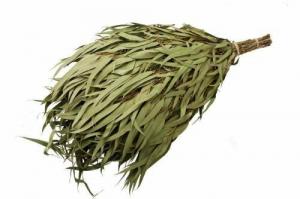 Can I go to the bath with gout Treatment of gout should be systemic in nature and include different procedures and methods. Gout is a kind of arthritis. The disease is chronic. Most often, gout... 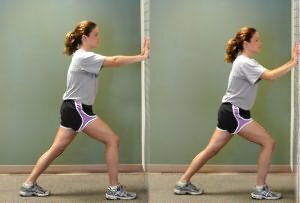 How is gouty arthritis treated? Arthritis is the leading cause of disability in many countries. This medical term literally means "pain in the joint" and unites more than 100 diseases. The dise...